There’s no better way to travel around the world right now than with Romy on her adventures in Eighty Days to Elsewhere. Romy begins the novel as a clerk in her uncles’ bookshop in New York City – a city she hasn’t traveled outside of in more than a decade. But when the bookshop rent is raised significantly, Romy begins a journey that will take her on a wild ride around the world in order to beat her competition, land a new job, and receive the prize money that will save her uncles’ shop.

I enjoyed watching Romy grow as a person every step of the way during her journey. As she meets challenges along the way – and overcomes them – she realizes she has much more strength within herself than she ever knew. With this comes an inner confidence that carries her through other hard times she faces later in the story. It’s lovely to watch it unfold.

The romance takes a backseat in this story, but you still get glimpses of it along the way. And the HEA more than makes up for it!

I think my favorite part of Eighty Days to Elsewhere is the wonderful, vivid descriptions of each locale that Romy visits. Dyer’s writing made me feel as if I was running through the streets of India, climbing the hillside in Hong Kong, and sailing the seas with them. One night I put the book down exhausted from my travels! Ha! That’s how you know it’s powerful writing!

I had so much fun traveling with Romy! 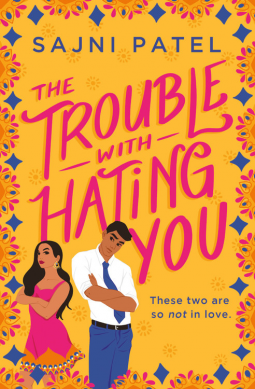 I couldn’t put this book down. In some ways it was a hard read, learning what Liya had been through, and yet […]

This is a story of crossed wires and missed opportunities. Wyatt is determined he won’t be THAT guy – the one that […]

Penny Reid books are always amazing, but this is a new level of awesome even for her. I read this book into […]

The No Show may be my new favorite by Beth O’Leary! I will caution you not to let the cute cover […]